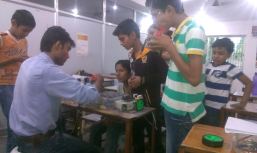 Online submission of Application Form may be done by accessing Board’s website http://www.aipmt.nic.in.

The CBSE added that as per the directions of the Supreme Court, left out candidates who could not register or appear in NEET-I (AIPMT-2016) or those having the apprehension that they had not prepared well, subject to submission of an undertaking to give up their candidature for NEET-I, can apply in NEET-II.

For Maharashta State this test will be applicable for admissions to the All India Quota seats,  Private, Management or NRI Quota seats in all Private Medical and Dental Colleges or any Private or Deemed University for MBBS and BDS Course.

In Chemistry, the overall difficulty level was moderate. There were at least four tough questions that could be easily misinterpreted. There were five questions from organic Chemistry, six from inorganic and seven from physical Chemistry.

In Mathematics, the paper was as tough as per the usual JEE standard. There were about five questions with lengthy solutions. Scoring in this paper seems to be a tough task.

The Physics paper was the easiest in comparison. All questions were standard and had clarity, reducing chances of students misunderstanding or struggling with the paper. The average score is expected to be between 45% and 65%.

The Chemistry paper was moderately difficult. At least four questions were difficult for students to analyse. There were five questions under inorganic Chemistry, seven under organic and six from physical Chemistry.

In Mathematics, Paper-2 was comparatively easier than Paper-1. Overall, the examination was balanced. There were no tricky questions. A large portion of the paper was from calculus and co-ordinate geometry. There were more question from 12th standard than 11th.

Unlike the JEE Paper 1, the Physics section was the most difficult of the three sciences. It contained two tricky questions that were hard to comprehend. The mechanics portion was also quite tough to answer. The average score is expected to be around 35%.

All the Best and Good Luck ! 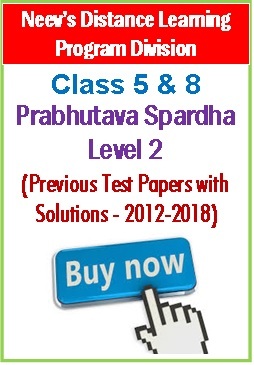